Anyone planning a UK ‘staycation’ to make the most of the remaining British summer time?

We know as a nation we’re keen for our pets to join us so this month’s blog focuses on the importance of making sure your pets have adequate protection against ticks.

Due to climate change and increased movement of people and pets between countries the statistics are showing a rise in the species and numbers of ticks prevalent in the UK.

While they can be found all year round, their numbers increase between March and November when temperatures rise.

Ticks in the UK are typically found in grassland, woodland, shrubs and on low-hanging tree branches. They tend to climb on board an animal when they brush against them.

Ticks are known as “vectors” for disease transmission. This means they can carry microorganisms that can cause diseases in both animals and humans, from one animal to another. Diseases are passed when the ticks feed. For ticks to transmit disease, they must first feed on an infected animal.

Have a read below at some of the conditions associated with ticks:

This is an inflammatory disorder, which can become chronic if left untreated. Lyme disease is caused by a bacterium (Borrelia burgdorferi) which the tick carries. Humans can get the disease if they are bitten by an infected tick.

In dogs, the most obvious signs of Lyme disease include a distinctive “bull’s eye” lesion around the site of the bite, lameness, inflamed lymph nodes and fever.

Symptoms of Lyme disease in humans are flu-like, including extreme tiredness, muscle pain, muscle weakness, joint pain and headaches. They can also include stomach ache, poor sleep, disturbances of the central nervous system and the distinctive “bull’s eye” rash.

If you or your pet suffer any of these symptoms, you should contact a vet immediately.

Ehrlichiosis is a tick-borne disease of the white blood cells, caused by infection with a type of bacterium called Rickettsia. People can catch Ehrlichiosis as a result of being bitten by an infected tick, but this is rare with only around 10-20 confirmed cases per year in the UK.

In dogs, the signs of Ehrlichiosis can include fever, anorexia, weight loss, stiffness and prolonged bleeding.

Ehrlichiosis does not normally occur in the UK. However, it is common in Europe, the USA and Africa, and there is a risk:

Babesiosis is a disease of the red blood cells caused by infection with the tick-borne parasite, Babesia. Human cases are rare with only 10-20 cases reported per year.

In dogs, the signs of Babesiosis can include loss of appetite, fever, anaemia, weakness and coffee-coloured urine. It can be fatal.

Babesiosis does not normally occur in the UK. However, it is common in Europe, Africa and Asia, and there is a risk: 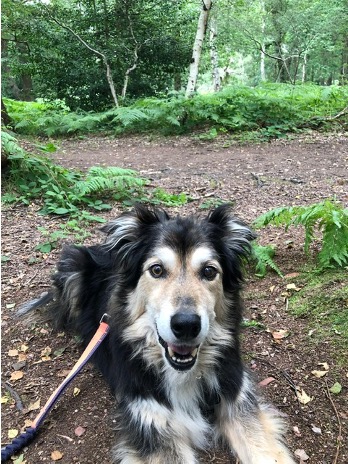 As usual prevention is better than cure. There are many different products on the market from collars to spot on treatments that repel the ticks. Due to the increase in numbers and the rural nature of Lincolnshire we do recommend that your pets are covered monthly.

After walks, always check your dog thoroughly and make sure you remove them safely.

Here is the lovely jasper owned by our Vet Hannah. Last week at the end of the walk through his favourite woods, Hannah noticed several ticks had in fact landed onto Jasper.

They were relatively small in size but quickly embed themselves deep into the fur in order to make contact with the skin.

It is very handy to carry a tick removal tool which can be used to safely remove the tick including its head part which if left can cause an irritation and infection in the skin.

Please remember that we do sell a very handy first aid kit which does include a tick removal tool. 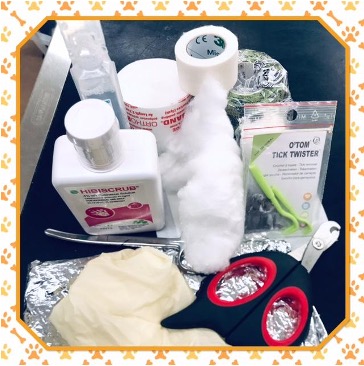